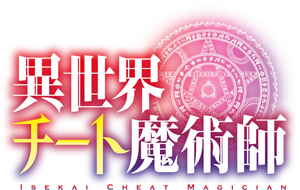 Welcome to the Isekai Cheat Magician Wiki! Please help us by creating or editing any of our articles! To edit articles, you must login or register to wikia. 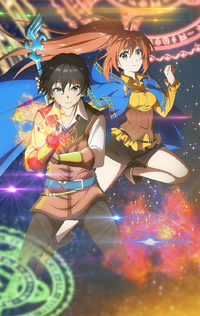 Isekai Cheat Magician (異世界チート魔術師 Isekai Chiito Majutsushi, "Fantasy World Cheat Magician") is a Japanese light novel series written by Takeru Uchida and illustrated by Nardack. Uchida debuted the story in the "Shōsetsuka ni Narō" (Let's Be Novelists) website in 2012, and is still updating the story. Shufunotomo is publishing the story in physical volumes with illustrations by Nardack, beginning with the first volume in 2013. Shufunotomo released the eighth volume last May. Karin Suzuragi launched a manga adaptation of the novels in Shōnen Ace in December 2012, and Kadokawa published the manga's fourth volume last September, and will ship the fifth volume on March 26.

The story centers on Taichi Nishimura and his friend Rin Azuma, who both get transported into a fantasy world. While in their previous world, Taichi is a normal person who just has higher than average reflexes, both he and Rin gain high levels of physical and magical ability, and begin their new life as magicians.

If you want to affiliate with Isekai Cheat Magician Wiki, message any of the Administrators.

Anime premieres in Japan on July 10...